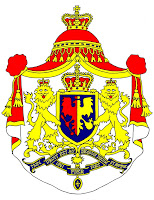 The Winter Palace
A L E X A N D R I A
﻿
'This year has been one filled with both sadness and happiness, hard work and justice, not only in our own homelands, but also in those lands populated by minifigs abroad.
Not long after the year had started, Emperor Ivan, my late father, passed away suddenly leaving the heavy burden of The Crown upon the shoulders of myself and my wife, The Empress.  The Empire of the Capricas, The Kingdom of The Low Islands and The Dominions Beyond The Seas immediately mourned the passing of my father, but were then jubilant at the Coronation event. 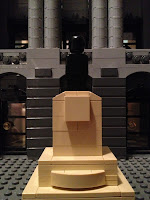 Memorial Statue to Tsar Ivan IV now in place at the front of The Winter Palace
My father, the late Emperor, bestowed upon me the meaning of our government.  It is primarily you, the people, who choose your leaders and the job of the First Minister to co-ordinate both policy and law.  The First Minister then takes your elected leaders recommendations to the Senate Elect, again your elected representatives for adoption.  After this, legislation is passed to the Imperial Council, of which, I as Emperor, am chair.  The Imperial Council is made up of Elder Statesmen.  Our system of Tricameral Government, thus ensures fairness, thought and longevity in all legislative.  Something we should all feel proud of, a unique system of Government. 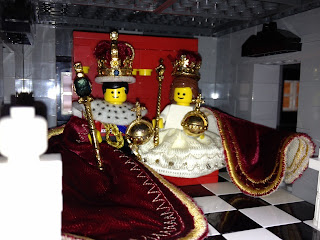 The Coronation of Emperor Peter III and Empress Sarah
Our coronation﻿﻿ symbolised the bond we have made with our people.  Our oath to uphold the fundamental principles of the Government and what it is to be Caprican.  To recognise that the individual, supported by the highest level, has rights above those of religion and personal prejudice, a right to be individual so long as it hurts no-one or the state.  My wife and I will uphold these laws to our end and pass their values onto our children who will one day be leaders of this great state themselves. 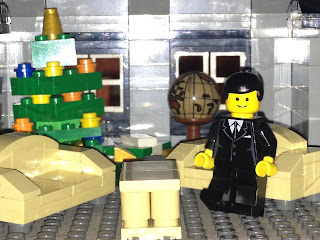 Tsar Peter dictating the Yuletide Speech 2012 from The Winter Palace, Alexandria
With our Embassy in the Empire of Legoland burned and an unwarranted distrust from abroad, it was not a good start to my reign.  However, the past few days have given me hope and should also be celebrated among the people.  As Yuletide celebrations are underway in our lands, let us remember that this is a celebration of unity and a passing from dark days into lighter ones.  With unity comes strength and courage, further mottos of our lands.  Only yesterday I learned that the Empire of Legoland, under the reign of Emperor David, has passed equality laws worthy of such a great overseas nation.  This act, initiated by HIM Emperor David, consolidates my late Father's belief in him as a truly noble ruler after bestowing upon him the KGCO.
Relations between The Capricas and Legoland are set to spiral and allow our great nations to teach younger states the benefits of our unity and wisdom.
In closing, I would like to wish all a very Merry Yuletide Celebration.  Celebrate with harmony and tolerance.  Make merry how you wish so long as it harms or offends none.'
Emperor Peter III
﻿
Posted by CNN at 12:38