HIM Meets With Members Of The Armed Forces

HIM Tsar Peter III Emperor of the Capricas and King of the Low Islands, along with HIM the Tsarina, today met with a small select representative of HIM Armed Forces in the Ballroom of the Winter Palace.  May 4th 'Empire Forces Day' is the first National Holiday of the year. 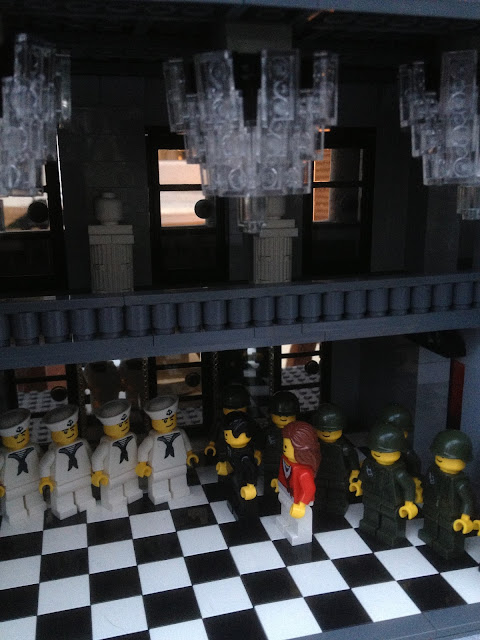 TIMs meet a small selection of the Armed Forces
Normally May 4th would be broadcast and photographed, however, the MODFA has decided to ban all press from posting the event internationally under the present climate.  A comment from the MODFA suggested that posting video or photographs of the Caprican Army on parade would invoke feelings of jealousy from minor states abroad and leak crucial technological data.
The Conservative Party voiced their total agreement by stating: 'It is a fundamental principle of conservatism to "keep ourselves to ourselves", let the voters have their say too, soon!'
Who knows, who indeed knows!
Posted by CNN at 12:33 No comments:

The Election Season starts, below are the manifestos of the major candidates.

Leader: David Alexandrovitch
Manifesto: The Foreign Policy instigated by the late Tsar Ivan has had disastrous consequences for the Empire, the Kingdom and its allies.  Voting Conservative would reduce taxation from the current 5% to 3% and allow all taxation to be pumped into the Caprican economy and not military spending.  Money has been wasted with the present Liberal Government under trade deals with foreign nations of ill repute and even more money wasted defending our glorious nation against those who wish to use us to their advantage.  Vote Conservative!  Vote for the party that will once again isolate our GLORIOUS nation from these vandals, liars, war mongers and infidels of 'supposed' minifig culture.

Leader: Winston Spencer
Manifesto: The current Foreign policy is far too weak!  For the Empire and its allies to prosper we must expand and trade more!  We must open up our ports, allow our military to protect both our assets and those of our partners.  Taxation may increase to 6% but the benefits in investment would reap rewards.  Foreign powers should once and for all see their powerlessness and beg to trade with our mighty Empire!  I would say this to all Capricans who do not vote Labour, 'We will trade with those who aspire, we will strongly educate those who do not!  We will make the minifig world both a better and peaceful place!'

Leader: Cameron Davidoff
Manifesto: Our current Foreign Policy is one of harmony and education.  The present taxation rate of 5% allows our nation to prosper and thrive.  We want to talk with Foreign Powers and learn more from them.  Under our leadership the first Emissary from a foreign power was appointed.  We led the way to foreign intervention moving from isolation to the world community.  We have also updated defence technology to make us a world leading minifig power.  Vote Liberal, vote for continued peace.
Posted by CNN at 12:59 No comments:

CNN has heard from official channels that TSHs The Prince and Princess of Carpentaria have arrived safely in Legoland and are housed 'safely' in Davidium, the Legoland capital.  The Eulenbourg has also released information stating that TSHs are limited to 30 words in communication with the MODFA and that on arrival TSHs were 'interrogated' by the Legoland Secret Police!  This action has been explained but at this time the CNN has not heard whether this was an interview or torture!  The CNN can only speculate on this matter.  However, if TSHs have been mishandled in ANY way the outcome, CNN speculates, would be war...
But if the Legoland populace embrace TSHs a very different turn of events would blossom!  Who knows... Perhaps peace between two very different cultures may germinate!
It has emerged that TSHs dress and uniform caused a concern with the Legoland Government, apparently in Legoland minifigs DO NOT CHANGE CLOTHES!  This puts into question both the Legoland economy and personal hygiene!  They obviously do not have free trade or department stores whereby minifigs may buy alternative dress!  The Emperor and his people must smell - somewhat - and how 'Medieval'!

Ambassador's Ball at the Winter Palace

An informal Ball was held at the Winter Palace this evening congratulating Ambassadors to and from the Empire.

Ambassador Groons from Legoland was honoured by being proclaimed; 'Baron Groons of Blackrock and Glenageary'.  His return to Legoland has been requested and as such the Legoland Embassy Building remains unoccupied for the time being.

TSH Prince Christian and Princess Grace depart to the PBR as Ambassadors.

Vice Admiral Piers Augustus Greenburg and Mrs Greenburg depart as the Ambassadors to Legoland from Caprica.  They will accompany Baron Groons on his return home to Legoland. 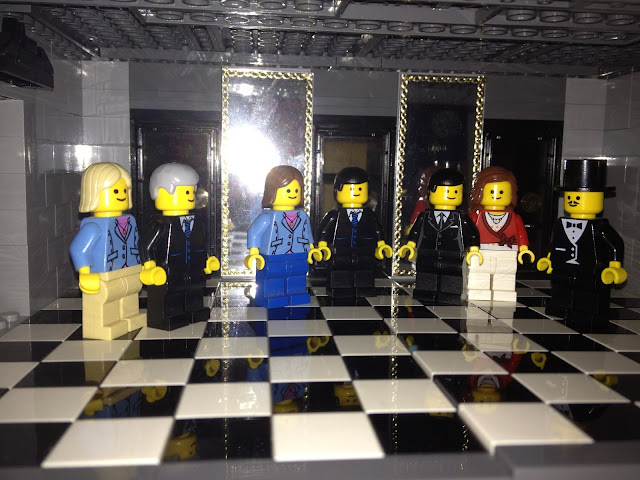