Alexandria to get new Cinema

The City Council, after many months of negotiation, has finally announced the development of a new Cinema Complex in Alexandria.  It will be built on the corner of The Mall and Freemason Street.  Construction will start probably in March of 2013 and be made public from that point.  The complex known as the 'Palace Cinema' (named after the many palaces in Alexandria) will be managed by the 'Arts Council' based at the 'Theatre Royale' and will be a venue whereby Caprican Film Makers may 'Premiere' their stop start motion pictures! 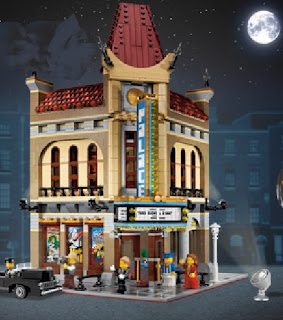 Partially based on the Grauman's Theatre in Los Angeles, the new Palace Cinema will be remodelled to incorporate iPhone/iPod technology as does the Theatre Royale.  This will be a second hall of entertainment for the peoples of the Empire based in the capital city in Alexandria.
﻿
Posted by CNN at 09:25