TIM The Emperor and Empress tonight opened the Yuletide festivities in Alexandria by hosting the annual Yuletide Ball. In attendance were HIM The Dowager Empress, TIH The Grand Duke and Grand Duchess of Carpentaria, HSH Prince Michael of Carpentaria, HIH Grand Duke Sebastian, HIH Grand Duchess Maria, Lady Eleanor Brandenbourg (newly appointed nanny),  His Excellency Sir Reginald Isaac Groons Ambassador from the infant state of Legoland and His Excellency Sir Ronald Vessov KGCO Ambassador to Caprica from the Empire's oldest allies in the Republic of Speilzugland. 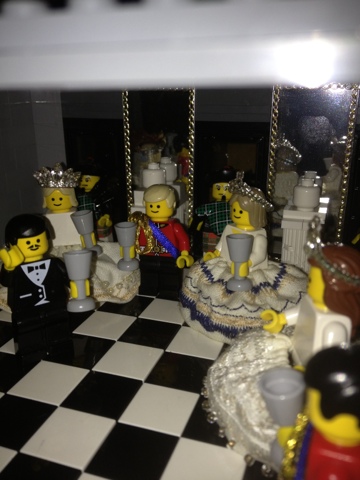 His Excellency, Ambassador Groons entertains the Caprican Royalty and Aristocracy. 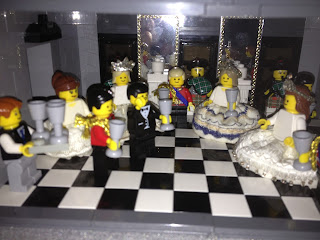 The assembled Royalty and Social Elite listened politely as Ambassador Groons pontificated politics to those well wisened in the art of diplomacy and politics.  Ambassador Groons' description of certain minority citizens in the Legoland Empire made many Ladies gasp in horror!  Was Groons Guest D'honeur or Guest D'horreur!!  Minority MiniFig intollerance is unaceptable in the Empire of Caprica as the Ambassador soon found out.  Ambassador Groons was politely listened to despite his massive faux pas! 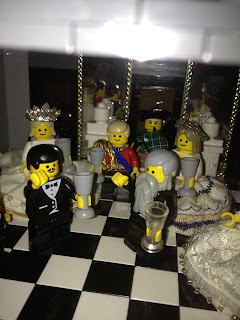 His Excellency the Ambassador to Speilzugland finally challenged Ambassador Groons in a light hearted rubric.  Many witnesses stated it as being, 'An elder statesman uncle rapping the wrist of a younger upstart nephew. The ladies of the Royal Family and Imperial Court much enjoyed the banter and applauded both Ambassadors for their converse.'  It was noted by Lady Amelia Copenhague that HIM The Dowager Empress, 'Shook the hand of Ambassador Vessov and nodded politely to Ambassador Groons.'  TIM The Emperor and Empress laughed at the banter and soon ordered music and drinks be played and served.